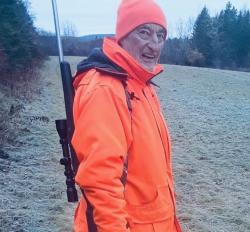 David Robert Ogilvie, 69, of Petitcodiac, passed away at The Moncton Hospital on Tuesday, March 3, 2020. Born in Moncton, he was a son of the late Fleming and Evelyn (Hawkins) Ogilvie, and beloved husband of the recently deceased, Darlene Ogilvie.

David was a firefighter at the Moncton Airport and later, a heavy equipment operator known as "Dozer Dave". He enjoyed golfing, hunting and hockey. He loved spending time with his grand-children and watching them in their sports. David was always giving a helping hand to anyone in need.

If desired, memorials to the Heart and Stroke Foundation or Petitcodiac/Salisbury Minor Hockey Association would be appreciated.