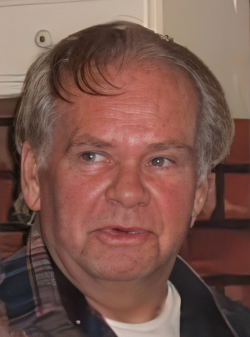 It is with heavy hearts that the family of Roger Smith announces his passing on November 9th, 2022 at the Dr. Georges-L.-Dumont Hospital at the age of 73.

Born in Moncton in 1949, he was the son of the late Hubert and Gladys (Davis) Smith. He was predeceased by his wife Sharlene.

In his younger years he served with the Canadian Armed Forces, was a plumber, worked in the woods and worked at the Fawcett Mill in Petitcodiac. Roger was an avid hunter, loved the outdoors, spending time with family and friends, going to yard sales, watching his NASCAR races, and going for drives around the countryside (block). With his passing the deer population of Buckley Settlement will now grow!

A special thank you goes to the Doctors and Nurses at the Dr. Georges-L.-Dumont Hospital and the Dialysis Nurses at the Sussex Health Centre for the continued care he received at both hospitals.

A Celebration of Life will be held at the family home, 411 Buckley Settlement Road, Anagance on Saturday, November 19th 1-4 pm, all are welcome.

In lieu of flowers, donations may be made to the Kidney Foundation or charity of choice.

Online donations and condolences at www.keirsteads.ca