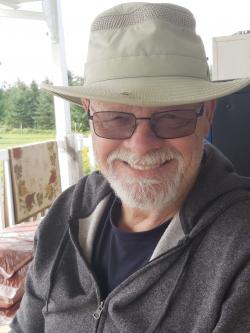 Kevin Lewis Vey, 65, passed away November 9, 2022 at the Moncton Hospital after a battle with cancer.

Known in the Alberta oil fields as "ZOOMBOOM KEVIN", he grew up in Anagance. He loved the woods and loved his family. He will be greatly missed by many family and friends.

It was his wish not to have a service, but asked that if anyone would like to donate to help the research for Epilepsy Association or Huntington Society, it would be appreciated.

Online donations and condolences at www.keirsteads.ca