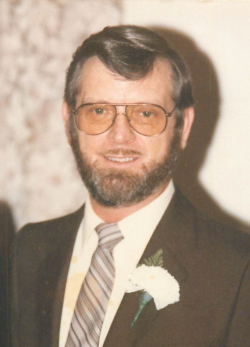 Daniel Kay, cherished father, grandfather and husband passed at the age of 87 on Sunday, November 6th, 2022 at Albert House Hospice.

Danny had many jobs from the time he was 14 years old but his favourite and last job was with Midland Transport, where he owned and operated his own transport truck. Danny loved speed and over the years he built and raced Stock Cars (number 711 and Lazy 8) at Miramichi Speedway and River Glade Speedway. He also had an avid interest in building things including the first ever AirBoat on the Miramachi. In his later years Danny developed a keen interest in Ultra light Aircraft and built and flew many planes out of Havelock flying Club where he was a long time member.

In lieu of flowers, donations can be made to the Albert House Hospice, 156 Pleasant St., Moncton, NB E1A 2V5 or a charity of choice.

Online donations or condolences at www.keirsteads.ca