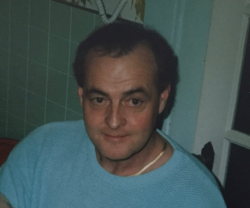 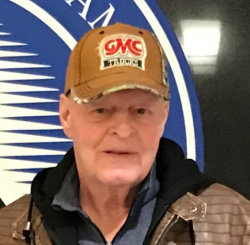 It is with great sadness that we announce the passing of Roger Noel Steeves on October 6, 2022. Born December 12, 1952, he was the son of Mina (Ritchie) Steeves and the late Lotan Steeves. Besides his beloved mother he is survived by a brother, Dana Steeves, many special aunts, uncles, cousins and friends.

Born and raised in Lower Coverdale, he and his family later relocated to Hillgrove to buy a hobby farm where he could pursue his passion for his love of horses, finally residing in the village of Petitcodiac.

Roger was career employee with CNR. He and his brother owned "Two Brothers Diningroom" in Petitcodiac in the 90’s, He and partners also operated "Headline Concerts" promoting many large Country Music artists to the Maritimes. In his later years Roger was able to enjoy traveling with his RV and attending music concerts and festivals.

Arrangements have been entrusted to the care of Salisbury Funeral Home, (372-4800), where visitation will be held on Thursday, October 13 from 6-8pm. and a funeral service will be held in the chapel on Friday, October 14 at 3pm with a reception to follow. Interment at Maplewood Cemetery, Petitcodiac.

If desired, donations made to the Maplewood Cemetery or to a charity of your choice. Online condolences and donations may be made at www.keirsteads.ca

Please click here to view the celebration of life service livestream on October 14, 2022 at 3 pm.