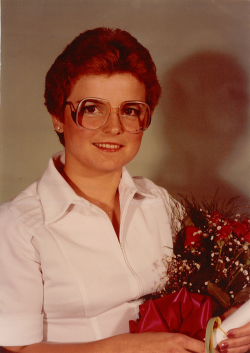 It is with heavy hearts the family announces the passing of Judith "Judy" (Rogers) Drost, 68, at the Jordan Lifecare Center on September 9, 2022.

Born in Mannhurst, she was a daughter to Gladys Dunham and the late Everett Rogers.

Judy was full of life and had a strong love for her family, especially her many grandchildren. She enjoyed horses and going for walks.

Arrangements have been entrusted to the care of Salisbury Funeral Home, 3350 Route 106, Salisbury West, from where visitation will be held on Monday, September 12, 6:00pm – 8:00pm. A funeral service will be held on Tuesday, September 13 at the Salisbury Funeral Home at 11:00am with Rev. Carol Mullin presiding. An interment will take place following the service at the Steeves Settlement Cemetery.