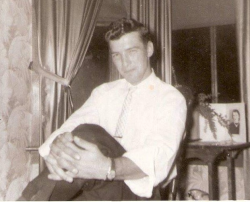 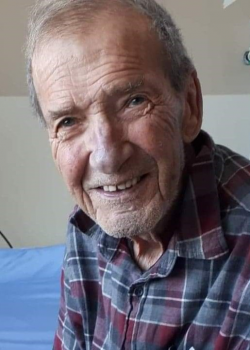 It is with sadness the family announces the passing of Agno Arsenault, 87, of Havelock on August 9, 2022 after a short, but courageous battle with Cancer. Born in Carleton, PEI, he was a son to the late Frank & Josephine (Gallant) Arsenault.

Agno was a loving father and grandfather, he fought up to the very end with dignity and grace. His favorite pastime was Sundays with his kids.

Besides his parents, Agno was predeceased by his wife, Joan Arsenault; his brothers: Vince, Elmer and Kenneth; his sisters, Susan MacDonald and Elizabeth McNeil.

The family would like to express a sincere thank you to the Sussex Extra Mural and Dr. Lesperance.

If desired, donations to the Cancer Society, Maplewood Cemetery or to a charity of the donor’s choice would be appreciated by the family.

Online condolences and donations may be made at www.keirsteads.ca