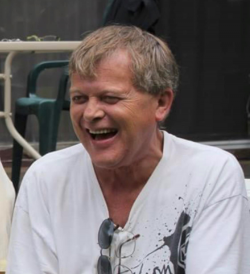 It is with sadness the family announces the passing of Gary George MacLeod, 63, of Petitcodiac at the Moncton Hospital on June 21, 2022.

Born in Moncton, he was a son of Kathryn (Maxan) MacLeod and the late Vincent MacLeod.

Gary graduated from PRHS, began his career as a meat cutter by trade and worked alongside his father in the early years until he was forced into early retirement due to health. Gary loved music, repairing electronics and spending time with his family. Gary will always be remembered by his great sense of humour and his unforgettable smile and laugh! He was the light in any room that held our attention! Due to Gary’s ongoing health issues in his early twenties he was never able to reach his full potential! Even with his limited resources Gary would never ask for help, but he was always eager to help anyone else!

Besides his father Vincent, Gary was predeceased by his infant brother Vincent Jr. and brother in law Edward McCormick.

Much appreciation and thanks to the doctors, nurses and staff who cared for Gary’s needs in the oncology ward and palliative care unit.

Please click here to view where the Service will be livestreamed on Saturday, June 25, 2022 at 2 pm.