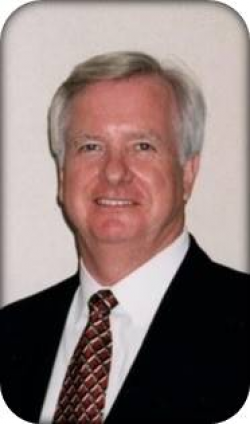 With profound sadness, yet, with gratitude for a well-lived life, our family announces the passing of Gary Jackson surrounded by love, family and stories.

Born March 17, 1943 to Richard and Mable Jackson (Graves) in Queens County, N.B., Gary grew up with his grandparents, Bessie and Irvine Graves, in Anagance, N.B.

Gary and his wife, Marguerite (Taylor), graduated from Petitcodiac Regional High School (1963) where they benefitted from wonderful teachers, one of whom was Marguerite’s mother.   As a young man Gary achieved the rank of Warrant Office II in the air cadet corps.  Through his life he maintained his love of the air force, planes and flying.

A graduate of McMaster University, (1970) Gary spent his career in the medical instrumentation business, culminating as President of Fisher Scientific Canada, Fisher Scientific Europe & Africa and Karl Storz Canada. During his career he travelled the world and often remarked that he had visited six continents. He had a long-standing relationship with business partners in Japan and travelled there several times each year. He served as Director: Canada/Japan Society, Regional Director: Air Canada and Director: Canadian Chamber of Commerce.

Principled, gregarious and generous, Gary had a quick wit and an incisive sense of humour. He was gifted with many talents on which he built as he crafted his life.  In all he did, he made a difference.

He will be missed deeply by family, friends and his grandchildren who were the source of his joy and whom he regaled with stories and expectations.