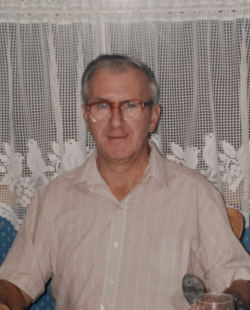 It is with sadness the family announces the passing of Ernest Fagan, 89, at the Kenneth E. Spencer Memorial Home on May 19, 2022. Born in Port Elgin, Ern was a son to the late Alward and Hazel (Johnson) Fagan.

Besides his parents, Ern was predeceased by his wife, Lois Fagan and his brothers Donald Fagan and Jack Fagan.

The family would like to express a sincere thank you to the staff of the Kenneth E. Spencer Memorial Home for the care and compassion shown toward Ern during this time.

Arrangements have been entrusted to the professional care of Salisbury Funeral Home. As per the family’s request there will be no services at this time.

If desired, donations may be made to The Friends of the Moncton Hospital or to a charity of the donor’s choice. Online condolences are available at www.keirsteads.ca