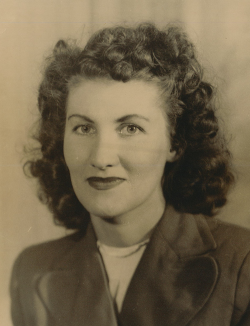 Ruby Irene Arseneau of Salisbury, NB passed away at the Moncton City Hospital on February 23rd, 2022 at the age of 100 years. Born in Millerton NB, she was the daughter of the late James and Adavilla (Somers) MacKinley and the wife of the late Robert Arseneau. She was also predeceased by sons James (Jimmy) and infant son Robert.

Ruby stayed alert and active until being stricken with a stroke two days before her passing. Many happy hours were spent with her feline friend Simon.

At Ruby’s request there will be no visitation or funeral. A private graveside service will be held at a later date at the Derby United Church Cemetery in Derby. Arrangements in Care of The Salisbury Funeral Home (506-372-4800). If desired, memorials to a charity of your choice would be appreciated.