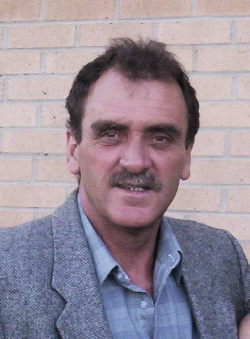 It’s with broken hearts that we announce the passing of Patrick "Pat" Thomas Dwyer on Tuesday, December 21, 2021 at his home in Petitcodiac, surrounded by his loving family.

Born in Botwood NL, on October 1,1955 to the late Scott and Frances (Byrne) Dwyer. He later moved to New Brunswick as a young man where he met Marilyn and they made this their permanent home to raise their daughter, Natasha.

Pat was an excellent contractor, a master of his own craft among a hundred other skills. He was a hardworking man that loved his line of work and enjoyed making friends along the way. In Pats free time he was surrounded by the people he loved. He enjoyed watching a good movie with his family. He was especially proud of his daughter and her family, and loved spending time with his three grandchildren playing, teasing and chasing them around until they were all tired out.

In addition to his parents, he was predeceased by an infant son Timothy Scott Dwyer; brothers Brian and Michael Dwyer and nephew Quentin Gill. Parent-in-laws  Grace McCully and Donald McCully (Gillianne); brother-in-law Eric McCully, and nephew Shane McCully along with many other family members including his close Uncle, Thomas Byrne.

The family wishes to thank Dr. Richard Morton, Dr. Gregory Searles, Dr. Maged Salem and staff at The Dr. Sheldon H. Rubin Oncology Clinic, who were all very good with Pat over the years.

A memorial will be announced and held at a later date. Arrangements are in the care of Salisbury Funeral Home (372-4800).

If desired, memorials to a charity of your choice would be appreciated.