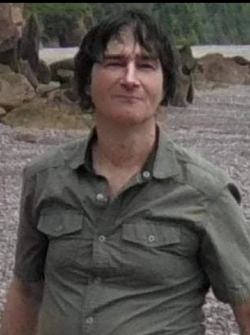 Karl Raymond Stewart, 54, of Salisbury, passed away unexpectedly at his home on Friday, November 19, 2021. Born in Moncton, he was a son of the late Lorne Edward and Joyce Muriel (Sears) Stewart.

Karl and his twin brother Kelly were inseparable to say the least. Kelly was Karl’s best friend, buddy, helper, and sidekick for 54 years. Together they worked at various places over the years, including a bus garage in River Glade, planting trees, Trigil crushing plant, NB Power did an amazing job restoring a Victorian Home on Alma Street, Moncton, with no experience whatsoever. They also did building maintenance at the Salisbury and Petitcodiac legion for a combined 25 years, and at the scales in River Glade for 12 years.

Karl was a self-taught backyard mechanic who could work on anything and everything, starting from bicycles at a very early age, to cars, skidoos, dirt bikes, and more. There wasn’t much he couldn’t fix. Karl cared for his family and loved helping just about anyone, friends included. He had a generous heart like his father and brother.

Resting at the Salisbury Funeral Home, 3350 Route 106 (372-4800) from where visiting will be held on Monday, November 29, 2021 from 2 pm until time of Funeral Service at 3 pm with Pastor Paul Leger officiating. Identification, masks, and proof of double vaccination are required to attend. Interment in Pine Hill Cemetery.

Living memorials in Karl’s memory to help with the cost of the cemetery monument would be appreciated.