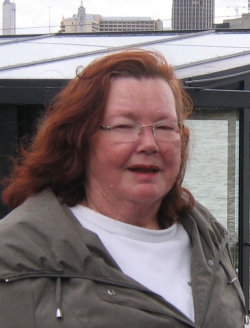 Janet Kathleen Carr, 77 of Petitcodiac passed away Thursday, October 28, 2021 at the Moncton Hospital.

Born in England, she was the daughter of the late Arnett and Ivy (Holgate) Ives.  Janet enjoyed hobbies such as knitting, quilting, gardening and sewing.

There will be no visitation or service by request. Arrangements are in the care of Armstrong’s Funeral Chapel (756-3361).

If desired, donations to CARMA (Cat Rescue) Moncton would be appreciated by the family.