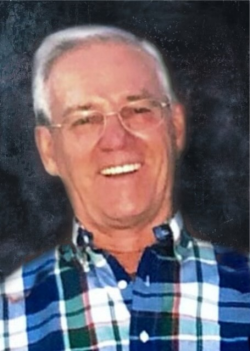 James Savoy, Jim to his family and friends, Jimmy to his siblings, was born in Chatham, New Brunswick in 1927. In the early years of the Depression, his parents, William and Mary (O’Neil) Savoy, moved the family to Atholville where his father accepted employment as a millwright in the Fraser Pulp Mill. Jim, along with three of his siblings, also worked for Fraser’s. Jim started in the engineering office before being promoted to Yard Superintendent, retiring in 1992.

Jim married Isabel Day in 1956, and they raised their family in Atholville. In 2018, Jim and Isabel moved to Rothesay, New Brunswick to be closer to family. Jim passed away peacefully on October 4, 2021, after a brief stay at the Shannex Nursing Home in Rothesay, having just celebrated his 94th birthday in the company of his family.

Jim had a lifelong passion for the outdoors, most notably the Restigouche River. An expert builder of fine cedar canoes, he was also an avid salmon fisherman. Jim was devoted to his family. His children’s fondest memories include many outings on the river. A typical Saturday would include the family canoeing in one of his beautiful 26ft canoes, a picnic on one of the islands in the river, finishing off the day with a bonfire. As empty nesters, Jim and Isabel enjoyed many evenings together; Jim fishing while Isabel enjoyed a good book. They spent many fun filled weekends with close friends at Willie Casey’s camp. In retirement, Isabel and Jim enjoyed travel to many southern and European destinations.

A quiet, modest, and gentle man, Jim had a wonderful and witty sense of humour, and loved nothing more than a lively discussion with his children over one of Isabel’s excellent dinners. A family favourite gathering place during the warmer months was the beautiful sun porch at the family home. Isabel and Jim enjoyed their evening tea, or rye and ginger on Friday nights, on the porch swing watching the sun set over the river. Saturday nights during the winter months saw the family gather in the den to watch Hockey Night in Canada. The evening usually included one of Isabel’s delicious meat pies. Although Jim’s final year was clouded by cognitive decline, he remained entirely himself, and never missed an opportunity to say something funny. He will be greatly missed.

Should you wish to make a donation in memory of Jim, the family has requested the Canadian Heart and Stroke Foundation or a charity of your choice online via www.keirsteads.ca

A celebration of Life will be held at St. Thomas Aquinas Church in Campbellton, NB in November,2021.