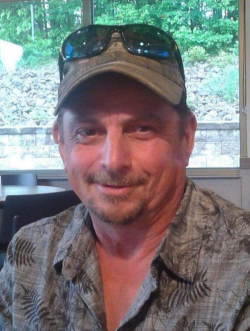 Robert Gerald Mann, 53, of Petitcodiac, passed away at his home on Monday, September 27, 2021. Born in Labrador, NL, he was the son of the late William and Stella (Gogan) Mann.

Robert worked at the Petitcodiac Valley Golf and Country Club. He enjoyed the outdoors, working on cars, spending his time around animals and most especially, striking up a conversation with just about anyone.

In addition to his parents, he was predeceased by his Uncle Gerry Gogan and Aunts June Hayes and Dot Coulombe.

Private family visitation will be held at The Salisbury Funeral Home (506-372-4800). Interment in Maplewood Cemetery.

If desired, memorials to NB Mental Health would be appreciated.