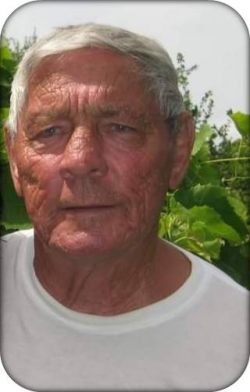 Leonard Morris Gogan, 85 of Salisbury passed away on Thursday, August 19, 2021 at the Saint John Regional Hospital.

Born in Havelock, he was the son of the late Daisy (Sears) and step-father Sterling Trites, Sr.  Leonard was a retired Painting Contractor and he loved spending time with his grandchildren and great grandchildren. Len was an active member of the Royal Canadian Legion Branch #31, Salisbury.

A Celebration of Len's Life will be held Saturday, September 4, 2021 from 2 to 4 pm at the Royal Canadian Legion.  Arrangements are in the care of Salisbury Funeral Home (372-4800). A family graveside service will take place at Pine Hill Cemetery at a later date.

If desired, memorial donations to the Royal Canadian Legion Branch #31 or the SPCA would be appreciated.