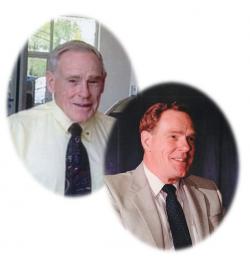 Born in Moncton, he was the son of the late Francis and Marie (Bishop) Hoar. Ned spent over 40 years with the Lounsbury Company. After his retirement he was employed selling cars at Clark's in Sussex, retiring (reluctantly) a few years ago due to ill health. He enjoyed travelling with friends, especially cruises and in later years he enjoyed his Saturday morning breakfasts with the guys.

He is survived by his wife of 60 years Marilyn (Ogilvie), son Kent and granddaughter Myah.

There will be a private family graveside service at Maplewood Cemetery. Arrangements are in the care of Salisbury Funeral Home (372-4800).

If desired, memorials to The Friends of the Moncton Hospital or Kidney Foundation would be appreciated.