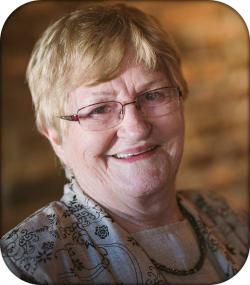 The family of Christina (Chris) Boyd invites friends and extended family to drop in to Salisbury Funeral Home (372-4800) on Aug 28th between 1 and 3. Chris passed away on June 10 and now that we can gather safely again, her children look forward to sharing memories with the people whose lives Chris touched.

Christina Marie Boyd, 86, of Moncton, NB, passed away at The Moncton Hospital on June 10, 2021. Born in Petersville, NB she was the daughter of the late Frederick and Lenora (Brown) O’Neill, and beloved wife of the late Reid Boyd (1997).

Chris joined the Air Force as a young woman and met her future husband at her first posting.  Together they enjoyed military life and raised a family of four while living at numerous locations across the country.  After Reid retired, they settled in River Glade, NB and started new careers as market gardeners.  They were fixtures at the Moncton City Farmer’s Market for many years.  Later, they opened Boyd’s Greenhouse in River Glade and were well known for their beautiful flowers and bedding plants.  When Reid died in 1997, Chris moved to Aurora, Ontario where she lived with her daughter Catherine.   She moved back to her home province in 2007 and resided in Moncton until her recent passing.

Chris loved her husband and her family and was very proud of her five grandchildren.  The walls of her homes were always covered with photos of her favorite people.  She enjoyed romance novels, playing cards and bingo and never missed an opportunity to go dancing. She was always ready for a party and happy to hear a good joke.  She will be greatly missed by her family and her friends.

In addition to her parents and husband, Chris was predeceased by siblings, Teresa and Vincent.

If desired, memorials to The Heart and Stroke Foundation, The Alzheimer’s Society or a charity of your choice would be appreciated.