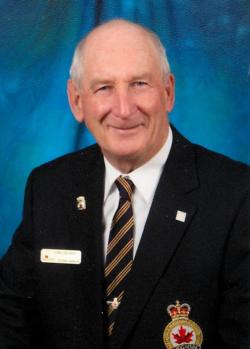 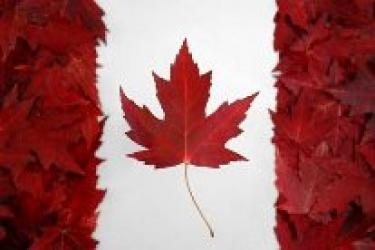 Loris Ralph Geldart, 85, of Elgin, passed away peacefully at his home with his beloved wife by his side. Born in River View, NB he was the son of the late Christopher and Gladys (Shaffer) Geldart.

He attended school at Churchill School and Elgin Rural School. In his early years he was employed on various jobs, including retail salesman, mill worker, truck driver and heavy equipment operator.

In 1958 he enlisted in the RCAF and after basic training at CFB St. Jean, QE, he trained as a Radar technician at 1R&CS Clinton. After graduation he began his career at RCAF Station, St. Margarets, NB followed by a posting to CFB Ramore, ON. In 1963 he returned to Elgin and married Barbara E. Graves. After completing his tour at Ramore, he was again posted to CFB St. Margarets for two years, and then to a remote posting in CFB Armstrong, ON. Upon completing his year of isolated duty, he moved west to CFB Sioux Lookout, ON where he and his wife enjoyed six years of work and play. When the time came to leave, they ventured west to CFS Holberg on the north tip of Vancouver Island for two years. Next, to 23 Norad Region Duluth, Minn for a three year tour, then CFS Sydney, NS. In 1981, to CFB Kingston, ON, to the radar school and in 1984 he returned to CFS St. Margarets, where he served until it closed in 1985.

After retirement he settled in Elgin and produced maple syrup alongside his father. Loris always had a love for sports and in younger years played hockey, softball, enjoyed fishing, hunting, and almost any activity that could be done outdoors. After joining the service he began playing golf and curling and became very immersed in curling, both as a curler and ice maker in various rinks. He had been a Royal Canadian Legion member since 1962 and member of Petitcodiac Kiwanis since 1987. He has served on boards at Kodiac Place and Jordan LifeCare. He has always been a community minded person and for his service he received the Queen’s Jubilee Medal.

He was a devoted guitar player and singer, playing with many musicians. He shared his love for music with many people, and formed many lasting friendships while playing with other musicians. Loris, along with the support of his wife Barbara, was blessed with a great adventurist life and always enjoyed communicating with the many folks they met along the way. In retirement, he became a member of the All Saints Anglican Church Parish of Salisbury and Havelock, and was caretaker for a time and member of the Choir.

Predeceased by his parents and sister, Marion Bannister.

A private family service will be held at The Salisbury Funeral Home (506-372-4800) with Rev. Chris Hayes officiating. Covid-19 restrictions in place. A web-link to livestream the service will appear on the funeral home website on Thursday, May 13, 2021 at 11am. Interment will be in All Saints Anglican Cemetery, Church’s Corner, NB. If desired, memorials to the All Saints Anglican Church would be appreciated.

Please click here to view our Facebook page, where the Service will be livestreamed on Thursday, May 13, 2021 at 11 am.