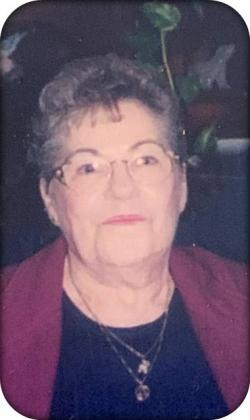 Pauline Claudette (Steeves) Mann, 89 of the Jordan LifeCare Centre and formerly of Havelock passed away Friday, April 30, 2021 at her residence.

Born in Kinnear Settlement, she was the daughter of the late Burpee and Thelma (Plume) Steeves.  In her early working life she cooked for her father in his lumber camps. Pauline worked very hard her whole life, she held down many jobs starting with Eaton’s, different restaurants, and she was in the Canadian Reserves based out of Fredericton/Oromocto in 1961-1962. She also operated the Texaco Restaurant in Sussex during the mid 60’s. In the early 70’s, she managed her parents’ store in Havelock, "the Mercantile", and retired from the former Jordan Memorial Home as a Geriatric Attendant in the mid 90's. She was a member of the committee that oversaw the revitalization of the Havelock Memorial Hall in the 1970's. Pauline loved her flower gardens, camping, crafting, crocheting and knitting.

If desired, memorials to the Alzheimer Society or Friends of the Jordan LifeCare Foundation would be appreciated by the family.