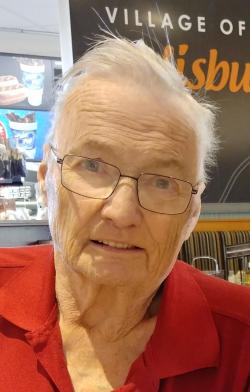 Gary Wayne Jones, 74, of Petitcodiac, passed away on Tuesday, January 19, 2021 at the Moncton Hospital. Born in Moncton, he was the son of the late Lloyd and Evelyn (McKay) Jones.

Gary was a truck driver for Drury Transfer (Armour Transport). He and his brother Gerry were "The twins of Petitcodiac" and did almost everything together, including volunteering with the Petitcodiac Volunteer Fire Department for over 51 years; a big part of Gary’s life. Gary enjoyed golfing, was a member of the Petitcodiac Golf and Country Club, Club Captain for over 15 years, and genuinely enjoyed the community and the connections he made there. He loved to work in his woodworking shop, and would spend time with anyone who would build with him. Gary had many friends, all of whom he cherished deeply.

The family wishes to thank Dr. Blanchard, Dr. Brown, the nurses and staff at Moncton Hospital Unit 4200, and his home care workers for the care Gary received. Also, a very sincere thank you to all who reached out to Gary as his health declined and helped him in so many ways, especially Brian Gaudet and his brothers-in-law, Byron and Morgan for going above and beyond.

Arrangements in care of The Salisbury Funeral Home (372-4800). A private family graveside service at The Grangeville Baptist Cemetery will be held at a later date. If desired, memorials to the Petitcodiac Volunteer Fire Department, or a charity of choice would be appreciated.