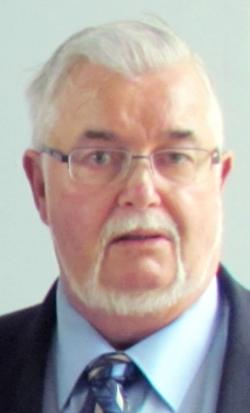 The family will receive relatives and friends on August 30, 2022, 11 a.m. at the Immaculate Heart of Mary Roman Catholic Church, Riverview.

It is with broken hearts, the family of J.R. (Bob) James of Riverview, NB, announcehis passing, which occurred at the Dr. Georges L. Dumont University Hospital, Moncton, NB on Sunday, January 10, 2021 at the age of 71.

Born in St. John’s, Newfoundland, he was the son of the late Redmond and Shelia (nee Morry) James. He was a proud railway man, who worked for over 30 years with CN. Although he resided in New Brunswick for the past 29 years, he remained a Newfie in his heart and could often be heard talking about his days at the cabin fishing and telling stories of his time with the railway. He was involved with Air Cadets in Newfoundland and spent several years on the provincial committee as well as an officer with the reserves. He was a lifetime member of the Knights of Columbus, 4th Degree Msgr. Roy M. McDonald Assembly 618 and a member of Council 9270 and 1310. He was the Faithful Navigator and held various other positions over the years. Time spent with family and friends camping, following the ProStock racing circuit, teasing his treasured grandchildren, and a good old-fashioned game of crib or cards will be cherished by his family and close friends.

Resting at The Salisbury Funeral Home (506-372-4800). Due to current Covid-19 restrictions there will be no public visitation. A web-link to livestream the private family service will appear on the funeral home website on Thursday, January 14, 2021 at 11:00 am. Public memorial service and interment in Alderwood Cemetery will be held at a later date when Covid-19 restrictions permit. If desired, memorials to the Canadian Cancer Society or the Kidney Foundation of Canada would be appreciated.