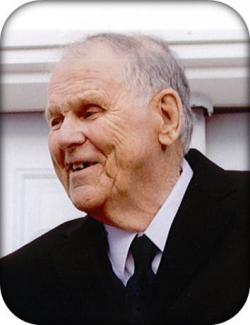 Visiting for Ernie will take place at the old River Glade Speedway on July 17 at 11:30 am with a Celebration of Ernie’s Life to follow at 12:30 pm. Covid restrictions in place.

Ernie McLean, 84, of Havelock, passed away at the Moncton Hospital on Wednesday, November 11, 2020. Born in Chatham, he was the son of the late Helen MacEachern.

He enjoyed an illustrious lifelong career in motor sports which he loved that spanned over six decades. His accomplishments were many, and together with his wife Winona, operating River Glade Speedway from 1964 until 1994. He also operated other speedways in NB and NS, as well as owned restaurants and a motel. He was instrumental in forming the MASCAR Tour in the 80’s and in 1984 he was named the Canadian Promoter of the year. In 2000, his contributions to Canadian motorsports were formally recognized when he was inducted to the Canadian Motorsports Hall of Fame and in 2010 he and Winona were inducted together into the Maritime Motorsports Hall of Fame. He was a legend in his own time. In his spare time he enjoyed travelling throughout Canada and the USA attending stock-car races.

Due to Covid-19 restrictions, a Celebration of Ernie’s Life will be held at the River Glade Speedway and will be announced in the spring of 2021. Arrangements in care of The Salisbury Funeral Home (506-372-4800).

If desired, memorials to the Maritime Motorsport Hall of Fame would be appreciated.