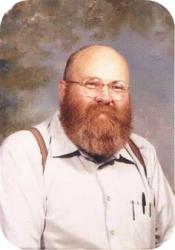 Born in Dobson Corner, he was the son of the late Lloyd and Muriel (Lounsbury) Taylor. A graduate of the Petitcodiac High School, he later received his teacher's license and taught school in Yellowknife and enjoyed living in various parts of the north, retiring from the teaching staff of Petitcodiac Regional School. He enjoyed collecting antiques and journalsim, contributing to local papers and for a number of years reported the local news in the Kings County Record. He was an amateur radio operator (VE1DLT) and in retirement enjoyed the peace and serenity of his Dobson Corner home.

If desired, donations to the Lewis Mountain Cemetery or Canadian Diabetic Association would be appreciated by the family.