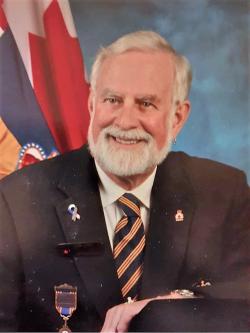 Richard Allison Lamb, 74 of Petitcodiac passed away Wednesday, December 16, 2020 at his home.

Born in Salisbury, he was the son of the late Richard and Beatrice (Saunders) Lamb. Richard was a member of the St. Andrew's Anglican Church and a member and secretary of the Royal Canadian Legion Branch 41 Petitcodiac.

He is survived by his sons Richard (Laura) of New Hamburg, ON and Christopher (Sarah) of Kitchener, ON; brother Robert Lamb (Mary); sisters Mary (Lounsbury) Trites and Beatrice Brown (James); three grandchildren and several nieces and nephews. Predeceased by his parents; sister Linda Armstrong; brothers-in-law Jack Lounsbury and Neil Trites.

There will be no service at this time. Interment will be at River Glade Anglican Cemetery at a later date. Arrangements are in care of the Salisbury Funeral Home & Crematorium (372-4800).

If desired, donations to the St. Andrew's Anglican Church Fund or a local food bank would be appreciated by the family.