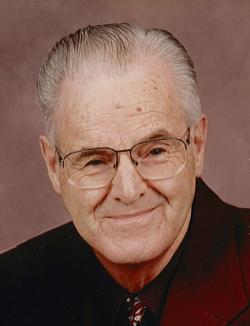 Rev. Robert R. Steeves, 87, of Kenneth E. Spencer Memorial Home and formerly of Petitcodiac, passed away at the Spencer Home Monday, November 16, 2020 with his family by his side. Born in Moncton, he was the son of the late William and May (Tower) Steeves.

Following graduation from Moncton High School in 1951 he went to work at Blue Cross. In 1954 Bob and his wife Kady answered the call to Christian Ministry and moved to Boston where Bob attended Gordon College, graduating in 1962 with a B.A. and B.D. He ministered from 1962 – 1986 in Hampton, Campbellton, Lewisville, and Saint John. He served as President of the Atlantic Baptist Convention in 1985 – 1986. In 1986, he was called through the Atlantic Baptist Convention, to be Area Minister for Eastern New Brunswick and Prince Edward Island. He retired in 1999 from full time ministry. Following retirement, he was called as Interim Minister by Five Points Baptist Church, where he served for 3 years.

Bob enjoyed spending time at the family cottage on the Belleisle Bay in the summer months. He also enjoyed hunting, fishing, boating, reading, and most of all, spending time with his family.

Resting at Salisbury Funeral Home (372-4800) from where visitation will be held on Thursday, November 19, from 2 – 4 and 6 – 8 pm. Due to Covid-19 restrictions, masks are required and social distancing will be respected. A Service to Celebrate Bob’s Life will be announced in 2021. Interment in Maplewood Cemetery. If desired, memorials to a charity of your choice would be appreciated.