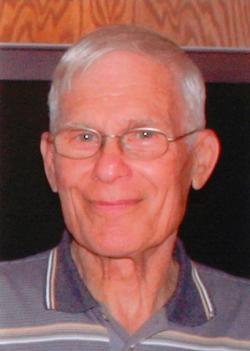 Frederick Reid Taylor, 87, of Moncton, NB passed away at Serena Care Special Care Home, Moncton, on Wednesday, August 12, 2020. Born October 5, 1932 in Moncton, he was the son of the late Elmer and Adelaide (Steeves) Taylor.

Frederick was a graduate of Moncton High School and Chicago Vocational College specializing in Diesel Engine Technology. A machinist by trade, he retired as a Mechanical Supervisor from C.N. Rail Motive Power Division with 36 years of service.

Following retirement he and his wife, Nadine, spent 15 years at their winter home in Vero Beach, Florida where they made many acquaintances and friendships. He was a former local chairman of the International Association of Machinists, C.N. Pensioners Association, Moncton Y’s Men Club, and Prince Albert Lodge H26 I.O.O.F. Frederick also served a three year term as president of Champlain Condominium Association in Dieppe. He was a former member of Wesley Memorial Church and is survived by his loving wife, Nadine (Wilson) Taylor.

Frederick was a kind and generous man who believed in helping the less fortunate and those in need. His strong Christian belief that "I am my brother and sister’s keeper and do for others as you would have them do for you" held true throughout his life. He also believed that it is better to give than to receive and contributed generously to numerous charities, helping those in need – the sick, poor, homeless, and those trying to better themselves in life.

With respect to Frederick’s wishes, his remains have been donated to Dalhousie University for medical research. Cremation to follow, with burial in the family lot at Gray’s Island Cemetery, Hillsborough, at a later date.

If desired memorials to the NB Kidney Foundation or a charity of your choice would be appreciated. Arrangements are in the professional care of Salisbury Funeral Home, 3350 Route 106, Salisbury West, NB (506-372-4800).