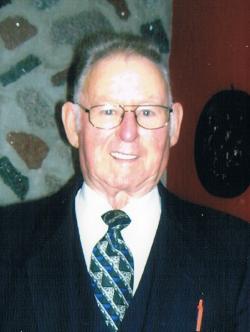 Wallace Isaac Kaye, of River Glade, passed away peacefully at home with family by his side on Wednesday, April 1, 2020 at the age of 89. Born in Woodhurst, NB, he was the son of the late Percy and Ada (Card) Kaye.

Employed with the former school district 16 as a mechanic, bus driver, and transportation officer until his retirement in 1992, after which time he owned and operated his own band saw mill, and worked in his woodworking shop where he made many items for children and grandchildren.

In addition to his parents, he was predeceased by a granddaughter, Tanya Kaye; three brothers, Aura (late Irene), Arnold (Late Edna, late Maybelle), Garfield; and the mother of his children, Marguarite Mattice.

Services were private for family only due to restrictions. A public celebration of Wallace’s life will be held at a later date to be announced.  Interment at Fair Haven Memorial Gardens, Moncton. In lieu of flowers, memorials may be made to a charity of your choice. Arrangements are in the care of the Salisbury Funeral Home (372-4800).