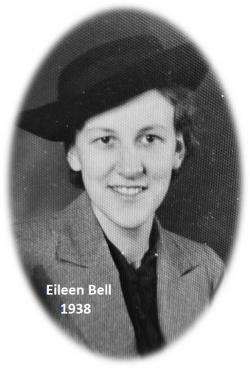 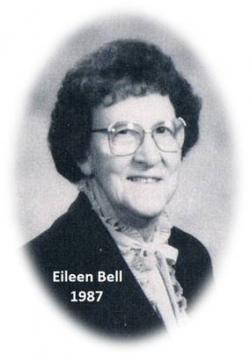 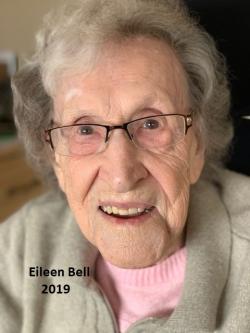 Eileen Marion Bell (Ingraham, Lounsbury, Nee MacCallum), 100, of Lakeview Manor, Riverview, passed from this life, into her heavenly home, on Wednesday, March 18, 2020. Born in Nixon Settlement, she is one of six children of the late Neil and Beatrice (Haley) MacCallum, and the last surviving member of her immediate family.

Eileen married Rev. Charles Sydney Ingraham in 1938 and had two sons, Neil Albert (Beverley) of Massachusetts, USA and Darien Austin (Agnes) of Salisbury, NB. Charles was Principal at Elgin Superior High School at the time of his death in 1941.

In 1944 she married Rev. Andrew Lounsbury and had two daughters, Marie Alice (died in infancy), and Susan Grace Lounsbury of Hastings, ON. Together they pastored churches in Amherst, Parrsboro, Western Shore and Mahone Bay, NS and Killams Mills, Timber River, Boom Road, NB, Taunton, Mass. and Murray River, PE. He died in 1983.

Eileen married Rev. Joseph L. Bell of Caribou, ME in 1989. Until his death in 2006, they spent winters in Florida and summers in Mill Cove, NB and during this time, they enjoyed visiting the elderly (some younger than them!), singing in nursing homes and encouraging whenever the opportunities arose.

Personally, Eileen enjoyed public speaking, music, knitting, crocheting, embroidery, cooking, sewing, painting, and made various styles of pine needle baskets. She continued to enjoy correspondence with her many friends and family, enclosing inspirational articles by mail, and then took up e-mail as a method of keeping in touch.

Eileen held credentials with The Pentecostal Assemblies of Canada from 1945 and continued on in active church ministry as long as she was able. She continued faithful in daily prayer and bible reading. In her last years she attended Glad Tidings Church and continued to "take notes" as the pastor’s message was delivered.

Besides her parents, her first, second and third husband, her infant daughter; and her five siblings, Howard, Donald, Austin, Eldon and Vera, Eileen was also predeceased by her grandson Brett Ingraham.

Thank you to the staff and administration of Salvation Army Lakeview Manor for her wonderful care.

A Celebration of Eileen’s Life will be announced at a later date, with interment at Five Points Cemetery, Upper Coverdale, NB. Arrangements in care of Salisbury Funeral Home (372-4800).

If desired, memorials to Glad Tidings Church or Salvation Army Lakeview Manor would be appreciated.