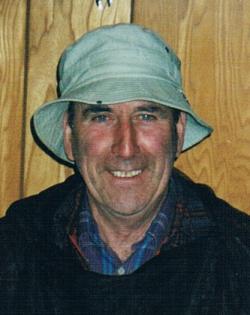 Chester Richard Warren, 78, of Elgin, passed away on Monday, December 9, 2019 at the Moncton Hospital. Born in Elgin, he was a son of the late Albert and Carrie (Matthews) Warren.

Chester worked for the Department of Transportation in Elgin for 35 years. He enjoyed salmon fishing, hunting, horseshoes, and gardening. He was known in his community as the local handyman.

Chester is survived and sadly missed by his beloved wife, Elizabeth; sons, Todd Warren of Elgin and Troy (Shelley) of Petitcodiac; grandchildren, Allison, Nick and Byron; sister, Katheryn Kaye of The Glades; brother, Everett (Jackie) Warren of ON; sister-in-law, Evelyn Warren of Riverview; and several nieces and nephews.

Resting at Armstrongs Funeral Chapel, 33 Russell St. Petitcodiac (756-3361) from where visitation will be held on Thursday, December 12 from 6 – 8 pm. Funeral Service will be held at time of interment at a later date and will be announced. Interment in New Elgin Cemetery.

If desired, memorials to the New Elgin Cemetery, or a charity of your choice and would be appreciated.