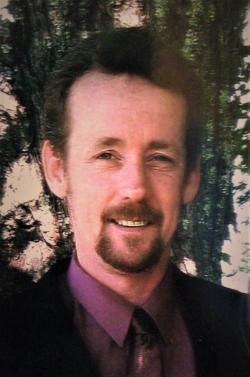 It is with great shock and sadness that the family of Douglas " Doug" Edward Walter MacPherson announces his passing at his home in Havelock on Friday, June 21, 2019.

Leaving behind the love of his life, Jolene Stilwell, he is also survived and greatly missed by his greatest investments, his sons, C.J. Price (Miranda) of Salisbury, Nicholas Richard, Konnor MacPherson and daughter, Madison MacPherson all of Havelock.

Douglas was the youngest son of Hilda MacPherson and the late Gerald MacPherson. He was an awesome brother to his sisters, Dayna Lymburner (Greg) of Petitcodiac, Darlene Arbeau (Barry) of Portage Vale; and guinea pig / science experiment for his brothers, Donald of Fredericton and David (deceased in 1984). He will also be missed by his sister-in-law, Paula and many aunts, uncles, nieces, nephews, and cousins.

Douglas lived in the Havelock area all of his life, graduating from Petitcodiac Regional High School. He had a varied work career when starting out, but settled into a 25 year career with Cement Cartage as a "freight relocation technician". Doug enjoyed working around his home with headphones on - singing at the top of his lungs; doing Elvis impressions when no one was looking, and also enjoyed gardening.

Resting at Salisbury Funeral Home (372-4800) from where visiting will be held on Monday, June 24, 2019 from 2-4 and 6-8 pm and from where there will be a Celebration of Doug's Life on Tuesday, June 25 at 11 am. Interment in Havelock United Church Cemetery. If desired, memorials to the Minor Hockey Association of Petitcodiac and Salisbury or a charity of your choice would be appreciated.